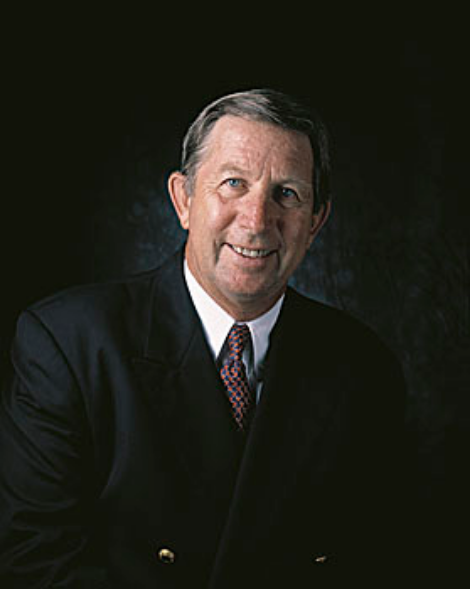 Chris Hancock MW (Hon), Deputy Executive Chairman of Robert Oatley Vineyards, is the only living Honorary Master of Wine. Wine maker, communicator and business man Chris Hancock (b. 1941), has worked for the Oatley family for over three decades, playing an integral role in shaping both their wine styles and worldwide success. Prior to joining the Oatleys, he completed his Diploma of Oenology at Roseworthy Agricultural College in South Australia, graduating as Dux in 1963 with 1st Class Honours, distinctions in Chemistry and winemaking, the Leo Buring Gold Medal and the Gramp-Hardy-Smith Memorial Prize. He went on to work for the Penfold family in a number of senior technical managerial roles in South Australia and New South Wales including producing the 1965, 66, 70, 71, 72 and 73 Granges at Magill. During this time he travelled extensively through the wine regions of the world and completed an Advanced Management program in the United States. Hancock jumped aboard the Oatley boat in 1976 when, just a few years into their grapegrowing venture, they found themselves making their own wine and needing a market to sell it to. He was their winemaker for a short while but for the rest of his time with the family Hancock guided the wine styles, ran the business and spearheaded their export success. As he opened up new international markets, Hancock built enduring relationships with major stakeholders and in putting Australian Chardonnay on the map was bestowed by them, the nickname ‘Mr Chardonnay’. In 1993 he was made an honorary member of the Institute of Masters of Wine – a rare accolade indeed. In 1992 he was invited to become President of the International Wine & Spirit Competition in London and continues to serve as an Honorary Vice President. Hancock has been involved in Australian wine industry affairs since 1978 with particular emphasis on regulatory and compliance matters. He also served for nine years as a Board member of the Australian Wine And Brandy Corporation, the last 3 as Deputy Chair. In 2006, the Oatleys talked him out of semi-retirement to lead their re-entry into the wine world, from their vineyard base in Mudgee, New South Wales – a region Hancock knows only too well through sourcing grapes and running vineyards there since the mid 1970’s. He describes himself as “very much a technologist but also very much a traditionalist” and subscribes to Bob Oatley’s mantra that wine must above all be “a good drink”. Hancock surrounds himself with a host of advisors and younger wine stars to help him bring the Oatley’s new wine business to fruition.