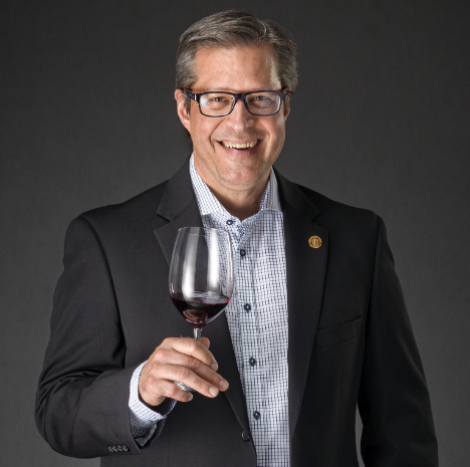 Eugene Mlynczyk's love of wine began in California while studying at Stanford University in the 1980s. His education encompassed many disciplines, but he ultimately majored in art (painting and drawing). He subsequently earned a Master of Fine Arts degree in Painting from Indiana University.

Eugene's interest in wine was piqued after his return home to Toronto, Canada, as the fledgling industry in the local Niagara region was genuinely beginning to take shape. He began studying wine seriously in the late 1990s and launched a new career in the wine trade shortly thereafter. While he has never fully forgotten his roots in the arts, Eugene's current role is National Sales Manager at Principle Fine Wines, the luxury team within Arterra Wines Canada (formerly Constellation Brands and before that, Vincor Canada), where he is responsible for a small team selling a global range of wines across the country. He is a passionate and engaged educator as well, helping deliver the WSET Diploma programme at Toronto's long-established Independent Wine Education Guild (IWEG).

Eugene became a Master of Wine in 2015 after four years of study, gladly passing both parts of the written examination on his first attempt. He is the proud recipient of the Robert Mondavi Winery Award for the best performance across all the Theory papers in his year, presented to him by the illustrious Mark de Vere MW, one of the key people who helped Eugene 'cross the finish line.' Thank you, Mark!

When not drinking, sharing or describing wine, Eugene tries to focus on family activities, and can often be found running in the woods competing in his favourite sport, perhaps the greatest in the world, orienteering.

Eugene also holds a BA from Stanford University and an MFA (Master of Fine Arts) in Painting from Indiana University. When he retires, he hopes to become a passionate artist once again, inspired by his Abstract Expressionist heroes.