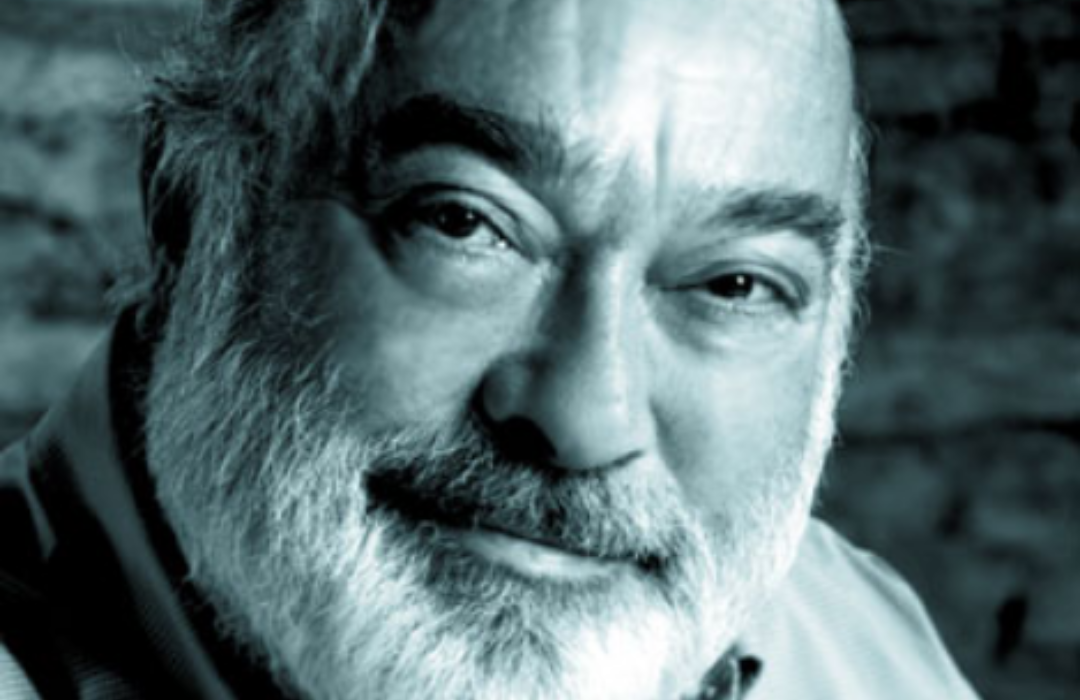 As one of the wine trade’s true characters, Clive made a significant contribution to the world of wine for which he was recognised by the French Government who awarded him the Chevalier de l’Ordre du Merite Agricole. He was also honoured with a ‘Rame d’Honneur’ by Le Verre at L’Assiette and recognised as ‘Wine Writer of the Year’ in 1998/99 in the Champagne Lanson Awards.

Clive’s career started in the hotel trade, where he soon became disillusioned, but following a visit to Bordeaux in 1964 and the subsequent receipt of a wine travel scholarship he decided to forge a career in the wine trade and never looked back. He enjoyed great success in his career within The Wine Society, British Transport Hotels and latterly in establishing the Malmaison Wine Club, and is most recognised for writing seminal works on Bordeaux and Burgundy for which he was acknowledged as a world authority. He also published his own independent fine wine magazine, The Vine, from 1984 to 2005.

In his later years, he entered into semi-retirement living in Southern Burgundy and enjoyed nothing more than conducting wine tours around the region, where he was able to share his enthusiasm and encyclopaedic knowledge, all wrapped in his trademark humour.

One of Clive’s lesser known influences, through the eyes of a New Yorker, is that he frequently travelled to the US to conduct tastings and seminars. I hosted him several times for wine weekends at International Wine Center in the mid-80s, where collectors would come to taste with him – usually Burgundy – and enjoy his opinions and his wit. As a result, he had a high profile here, up there with Serena and later Jancis. When the MW programme was launching in the States in 1988, Clive’s reputation and the lofty standard that it lent to the entire Institute was one of the motivating reasons for individuals to desire to become MWs themselves. He introduced many of us to Becky Wasserman, another gift from him.

I was fortunate to be able to entice Clive to come to Kansas City several times, back when he was doing that sort of thing, ostensibly to promote The Vine, though we would organise large dinners around a selection of Bordeaux or Burgundy. He was as ever entertaining, insightful, and often too kind to the wines. But if he was not “on stage”, he might offer a different aspect.

At lunch before one of these gatherings, I arranged to bring in my sales staff to meet him and I brought a few bottles of Bordeaux and Burgundy from the cellar. It was 1994 or so and I had just passed the MW, so I didn’t have a dollar to my name nor much of a collection. I cracked a few bottles, and the crew was having a great time though Clive might have been irritated by the modesty of the wines. I pulled out what I hoped would be the pinnacle of the day, a bottle of 1978 Chateau Mouton Rothschild I had tucked away. We all marvelled at it and then I asked Clive what he thought. He raised one eyebrow and sniffed, “pretty good, for a ’78.” I remember a curled lip, while the wines at the public event that evening were all “fantastic!”

Most of the time, though, he was a wonderful visitor, and we drank well, courtesy of someone other than me.

I met Clive on my second day in the wine trade, as a humble secretary at The Wine Society back in July 1972. He had passed the MW the previous year and I remember him telling me all about what it entailed, and me thinking: maybe?

Fast forward seven years to the moment that Aileen Trew and I doubled the female content of the Institute. We were the last year to receive our certificates at the Vintners’ Court meeting and as Aileen was working with Clive at British Transport Hotels, he had suggested a celebratory lunch. So after a perfunctory glass of sherry at the Vintners Hall, we hot footed it to the Charing Cross Hotel, where Clive was waiting with champagne. He then preceded to tell us that passing the MW was like passing your driving test; now we would start learning about wine. I have to say that we were not amused. We were outraged. What do you mean, we exclaimed, we are MWs, we know it all! It took me about a week to realise how right Clive was!

I also have fond memories of coinciding with Clive in Chablis, going to visit Jean-Loup Michel, to be told that Cleeve, as the French pronounced his name, was in town, and consequently we had a couple of very convivial suppers, bien arrosé with Chablis, of course.

So many memories. His wonderful blind tastings in his west London house with the most fantastic wines from Bordeaux, Burgundy, Germany, Rhone and he introduced us neophytes to such treasures as Trevaillon and Mas de Daumas Gassac – not that any of these wines were ever served during the exam tastings!

As an MW student, I accompanied him around France on his tasting of new vintages several times and his generosity and the doors that would open at the most fabulous addresses was memorable. My part of the deal: I had to agree to host him in my tiny Parisian flat at the start of his voyage and make sure that his Golf GTI was replenished each day with cigarettes and chilled bottles of Trimbach Pinot Blanc which were kept in a chiller box in the boot so he could “refresh his palate” between appointments. Clive was a renaissance man and when he moved to Europe he would come up to see us in Belgium often to marvel at the Flemish Primitives and join us at La Monnaie Opera.

He will be greatly missed and I can only hope he has found Becky Wasserman up there in heaven and they are drinking fine Burgundies together.

My first MW trip was to Burgundy in 1996 and it’s fair to say that we’ll never see the likes of that again! On the opening night I sat next to Christophe Roumier in the dining room of the Mercure (!) and he surreptitiously opened a 1985 Bonnes-Mares for us to quietly enjoy with dinner. It only went up from there.

Clive was hosting most of the bus tours in his usual way, displaying a fearsome amount of knowledge, great humour, and the occasional bit of tail-wagging that was also done with tremendous grace. It became part of the tour ritual that Clive grabbed the microphone and held court as we trundled from one estate to the next.

A few days later we were at Jasper’s house for lunch (possibly dinner – can’t remember) and an enormous cockerel swaggered past looking like he owned the place. Jasper, without either looking up or missing a beat, said ‘we called him Clive’.

Much merriment and no doubt more large format Grand Cru followed. I adored that trip (a surreal introduction to life as an MW) and Clive made it all the more enjoyable. RIP.

Clive Coates MW, one of the greatest Masters of Wine has passed. He left me with wonderful lesson.

After a tasting that he was hosting at his house in London for a large group of people he left me to clear all spittoons, bottles, glasses, etc and disappeared. I was not amused.

As I was finishing clearing up, he came back with a lovely dish that he had secretly been preparing in one hand and a decanter in the other. I was a Master of Wine student at the time and after making me suffer a bit he revealed the contends of the decanter. It was Ch Rayas. Clive was an amazing chef. The food was delicious and by the time I had the second sip of wine I had already forgotten he made me clear all the mess by myself.

He was generous with his time and knowledge. We spoke for hours, mostly about Burgundy, an area he knew like nobody else. He asked me a few questions. He was the Master, after all, and I was a mere student. When he noticed I was surprised he explained that a Master of Wine is not someone who needs to know absolutely everything about wine.

The title of Master of Wine is a key that can help opening many doors. It gives you the opportunity to keep learning and improving as things change around us. For this to happen it is important to have the humility to acknowledge our shortcomings and never be afraid to ask questions, even if you are a giant like Clive.

I have known Clive since we were young in the trade ad before we passed the MW exam, me in 1970 and he in 1971. I used to stay with him in his flat in London when I came to the UK, and we drank many fine wines together.

Three events stand out in my fond memory.

Firstly, I invited him to lunch at Château Palmer. It was well libated and he wanted to lie and sunbathe afterwards. Not content with lying on the grass, he found his way up to the roof of the château, lay there and fell asleep. The sun was hot, and it was a lead roof. When he woke up, he was severely burned, and we had to take him to Doctor Leonetti in Margaux for treatment.

Thirdly, and surely the most memorable, was when we were both invited to lunch at Château Mouton Rothschild with Philippine de Rothschild. We were tasting some vintages in the tasting room with Hervé Berland when Philippine arrived. “Good morning boys, have you tasted my Alma Viva?” she said. Slightly unnecessarily I thought, Clive said, “Baroness, I really only taste French wines.”  “Young man” she said, “there will be no lunch for you until you have! Hervé fetch two vintages.”  We both had to taste and comment before she took us to the Château for lunch. However, she cannot have been too displeased because she gave us the 1961 and the 1945 for lunch and gave me a copy of the book of Fairy Tales written for her by her father, “Aile D’Or”.

Clive, we miss you. You were slightly larger than life and a wonderful companion.