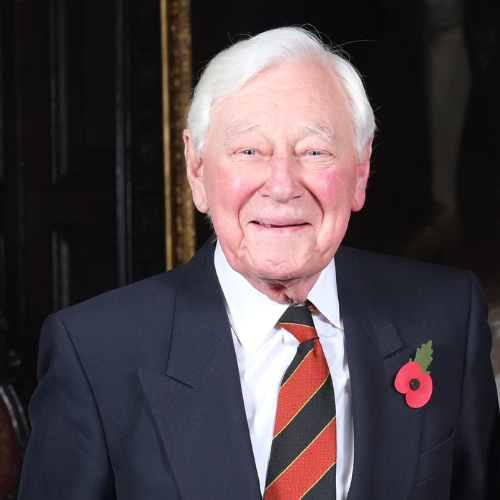 The funeral of David Burns MW will take place on Thursday 13th October at the Church of St Thomas the Apostle, Lymington, SO41 9ND at 1pm, with the wake immediately following the service.

For those unable to attend, the service will be live streamed on the funeral director’s website, which can be accessed  through this link: www.tapperfuneralservice.co.uk

David Burns passed the MW exam in 1956. He was the youngest MW to hold the title then, and at the time of his death, he was the longest-serving member of the IMW. David was chair of the IMW in 1963 and never lost touch. He regularly attended MW events in London and enjoyed his 60-year MW celebration at Vintners’ Hall in 2016.

Born in England, David was educated at Stowe. In 1946 he was commissioned into the 4th/7th Royal Dragoon Guards, where he served with the regiment in Palestine until the British Army withdrew in 1948.

On leaving the army in January 1949, David entered the wine trade as a trainee with J.L.P.Lebègue, a prestigious shipper of Bordeaux and Burgundy. David became a representative selling fine wine to top wine merchants, hotels and restaurants in London and throughout the south of England.

David left Lebègue in 1956 to join a highly reputable family business with the brief to develop its wine business. This venture prospered to the extent that it was taken over and became part of a vast national enterprise. His last responsibility was to set up a production and storage depot in the 200,000 square feet of a warehouse that had formerly been the Handley Page aircraft factory in Cricklewood. The project was the first experiment by UK HM Customs and Excise of what they described as an ‘open’ bond, an operation that would operate without the permanent presence of a customs officer. This required the compilation of a several hundred-page operating manual which David had to write for the approval of the office of HM Customs.

Whilst David welcomed the management responsibility and commercial challenge, he found the environment uncongenial and far away from his genuine interest. He needed to be involved with wine; he set up his own business in 1972, David Burns Vintners, and bought a small group of shops and bars in the New Forest. In 1980 he resolved to get out of ‘high street’ retailing and concentrate on wholesaling. Within the next 10 years, David Burns Vintners became a leading independent supplier across the south of England to quality hotels and restaurants.

David based the expansion of the business on giving wine tastings that were barely heard of then. These tastings became very popular and exciting. For example, one evening in the Motor Museum at Beaulieu, over 600 people tasted vintage wines amidst vintage cars.

David sold the business to Grants of St James’s in 1991, but he continued to run the company for them until retiring in 1993.

His life-long hobby was music and especially opera. He started collecting opera records at 14 and, over the years, amassed an extensive collection of 78s, LPs and CDs. He was a member of the MCC for over 60 years and a keen golfer for 70 years.

David himself said, ‘There is a tide in the affairs of men which, taken at the flood, leads on to fortune…’ So wrote the Bard. I had two such tides in my life; buying the business in the New Forest and taking the Master of Wine exam.