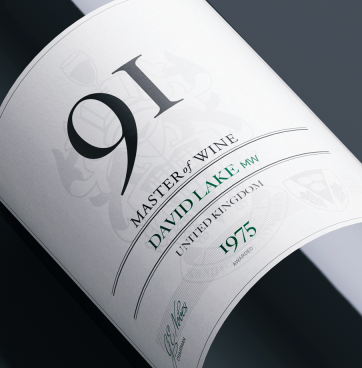 Take a few moments and mark the passage of one of our own. David Lake, MW, one of the most influential people in the history of the Washington wine industry. He passed away in October of last year. A young man whose vigorous lifestyle was cut short by a series of unfortunate illnesses.

He was born in Canada and worked in the British wine trade for several years before moving to the U.S. West Coast. After a stint at The Eyrie Vineyard in Dundee, Ore, he became a winemaker for Associated Vintners in Seattle (now Columbia Winery in Woodinville).

His first vintage was 1979, the year he met Mike Sauer, of Red Willow Vineyard, in the Yakima Valley. The two would collaborate on many pioneering projects over the years, the most significant of which was planting the first Syrah grapes in Washington State.

David’s greatest contribution to the Washington wine industry, in my opinion, was to bring his continental sensibility of how wine varietals should be grown, made and marketed to a region that lacked that vision. He accomplished this by motivating others – Mike Sauer and Otis Harlan will attest to this.  He brought a European centered vision of winemaking, based on his MW credentials and experience in the British wine trade, to the Pacific Northwest.

He motivated growers to grow world-class wine through personal involvement and experimentation.  He mentored other winemakers but never imposed his views on them.  He promoted the Washington wine industry incessantly.

He was a true gentleman who never spoke ill of others.

Sauer noted that this month marks the 25th anniversary of their first discussion about planting Syrah at Red Willow, an iconic vineyard first planted in 1971. Sauer recalled that as the 1984 harvest wound down, Mr Lake approached him with the idea of planting syrah, a red-wine grape most famous in the Rhone Valley of France.

The additional text, also provided by Bob Betz MW, was originally given as an address

This room must have 10000 David Lake stories. That’s because for as long as all of us have been around, David was here too.  If you’re a newbie to the industry David was a revered name.  If you’ve been part of this industry since the mid 70s chances are he was a real friend.

David was always here, always a player, always a contributor. We all have our David moments, comforting to recall at a time like this.  But it’s also why we miss him the way we do.

Our paths started crossing in the mid-1970s when we first started in this business.  And for 25 years our offices were simply across the street from each other.  We were part of the same tasting group, we spoke on panels together, shared wine together.  He was my mentor in the early 90s as I studied for the MW exams.  I was the lucky one.

Despite the sadness, I found a lot of comfort by marking this moment as a chance to take stock of where we were and where we are.  Picture the Washington wine industry in the mid-70s, when more concord, fruit and berry wines were made than from classic vinifera.  Washington wines shocked most everyone, there was no wine tourism, and you could count the number of Washington wineries on a couple hands.  Neither CSM nor Columbia had moved to Woodinville!

But we are in a different place now, thanks to no small degree to David’s contributions. He brought a degree of discipline and knowledge to Washington that was scarce. He dreamed of what vineyards could do and forged a personal partnership with Mike Sauer to make those dreams a reality.  And he evangelized across the country and in far corners of the world.  His contributions can’t be overstated.

Serendipitously, in September of this year Betz Family launched a wine that was dedicated to the contributions David and Mike Sauer made to our industry. It’s a Syrah from the oldest block of Syrah in the state, planted by Mike and David at the Red Willow Vineyard.  We call it Syrah La Côte Patriarche, French for “The Founder’s Slope”, recognizing their pioneering effort with what has become one of Washington’s great grapes. The timing was ironic. We’ve brought a three-litre double mag of the 2008 vintage here tonight and ask that everyone take a second to sign your name.  We’ll get the bottle to Connie Lake for her collection of memories.

Raise a glass to one of the real founders of our industry.