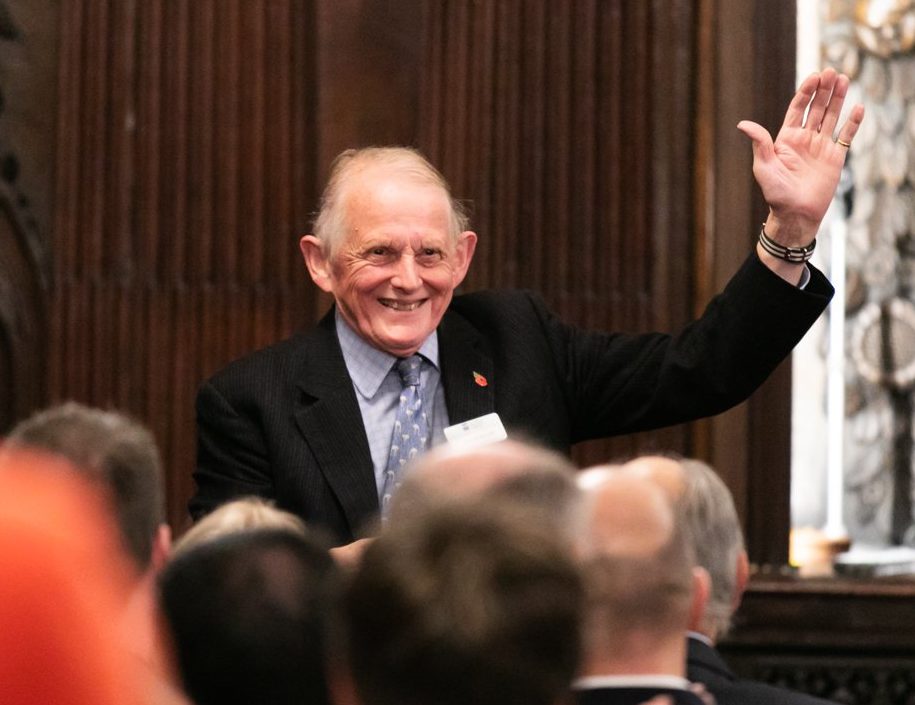 Derek Smedley MW died on 15 April 2019 after a battle with cancer, aged 81. Derek became an MW in 1968 and celebrated his golden MW anniversary with us at the 2018 annual awards ceremony in London. After two years in the Navy and three years at Queens’ College Cambridge reading Law, Derek joined the wine trade in 1961.

He began his wine career with John Harvey and Sons in Bristol, and after five years he moved to the wine side of Watney Mann which became IDV. During his time there he became an MW and gained a love of Bordeaux through his involvement with Château Loudenne. In 1972 he joined
Whitbreads as their wine buyer – travelling the world to expand their portfolio. In 1985 he started his own wine company and sold it in 1999 to develop the consultancy side of his life. He was very involved with the City of London, including Mansion House, the Guildhall and several Livery Companies.

Derek was also consultant to many prestigious clubs, as well as tutoring wine dinners for the Oxford & Cambridge Club. He led wine tours worldwide and up until very recently still led tours for Love Wine Food. He was very active on social media and had his own website where he would publish tasting notes and his ‘wine of the week’. Derek was a past co-chairman of the International Wine Challenge, and a past chairman of the IMW in 1978.