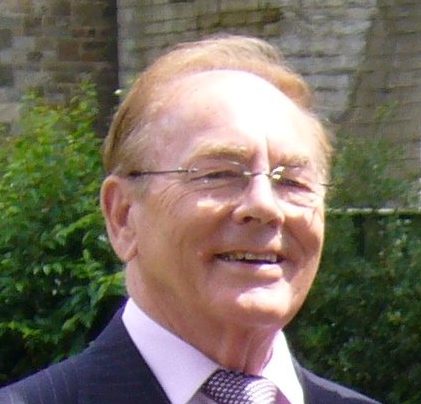 Joe became a Master of Wine in 1968 and celebrated his 50 years as a member in 2018. He did not start his career in the wine trade as after leaving the army, Joe went to join the squad at Everton Football Club. But, he soon realised his true calling lay not in football, but in alcohol.

He started his professional life in wine as a clerk at the largest brewery in Liverpool, but soon found himself working in, and then running, their wine department. The company became part of Allied Breweries, and Joe found himself not just working in wine, but also acting as their chief whisky blender – blending all the whiskies for Allied Breweries worldwide. He spent much time in Japan, where these skills were feted.

He then joined Avery’s, where ultimately he became the MD. Joe also worked for Eldridge Pope – helping them turn their wine department into a fine wine department, and was the chairman of JB Raynier.

He was still working as a fine wine consultant at the age of 90, and as he told us at the time of celebrating his 50 years as an MW, “I’ve enjoyed every day of my wine career.”

He is survived by his wife of 70 years, Futhey, and four children, Martin, Rod, Jeremy and Angela.

His son Martin told us Joe enjoyed his wine to the end, “We shared a remarkably excellent 1985 Hospices de Beaune, cuveé Dames-Hospitaliêres over lunch at Christmas”.