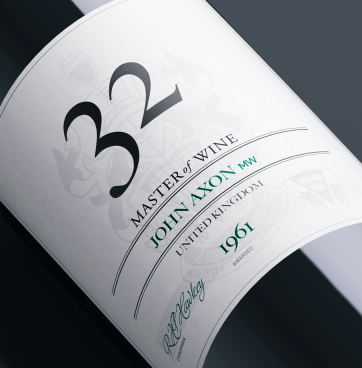 John was one of the most loyal and unassuming of men. I came across him, so to speak, full time only after the Symington group purchased John E Fells & Sons in the late seventies. I was recruited to help John with the sale of bulk and own label ports from mid 1979 to the end of the Fells lease from British Rail at Tooley Street in 1985. I was closely involved in these dim and dank arches under London Bridge station, with John as my chief executive. His meticulous eye for detail, coupled with his very full experience at bottling and all cellar work, endeared him to me and to all the new team at Fells. Never physically strong, he endured the antics of us newcomers with extreme patience and kindness. I doubt that John had an enemy in the world. I was always grateful for his friendship which I treasured.

My father always told me that John Axon had joined John E Fells & Sons on leaving school back in 1935 when I was a baby in arms, and that he stayed with the company until World War II broke out.  He was called up for the duration of the war, and served in the Army.

On demob he returned to work for Fells and shortly afterwards was appointed office manager in the late fifties, and gradually, as he became more experienced he began to assume additional responsibility and ended up in charge of all the bond and cellar work as well as the office.  I remember him studying for the MW exam which he passed in 1961, and shortly afterwards my father appointed him a director.

He stayed on after my father had retired and remained with the company when the business was sold to the Symington Port group and was an executive with them until his retirement.  He was married to Joan and they had a son who married during my time.

In his prime, Bill was one of the most memorable and most characterful of Members and old wine trade chums who knew him will greatly miss his wonderful sense of fun and good humour.

I hope among the reminiscences you have received, is the epic one of Bill on the MW trip to Tuscany in the early 90s. One visit to an eminent Chianti estate coincided with the Grand National. Bill being a man with a liking for gee-gees in no time hijacked the visit by organising a sweepstake and then all of us adjourning to the house to watch the race live on TV. I seem to recall the horses were picked out of Bill’s venerable Panama! Our Italian hosts seemed to take the whole thing in their stride or were far too polite to say otherwise! A great character who will be much missed.