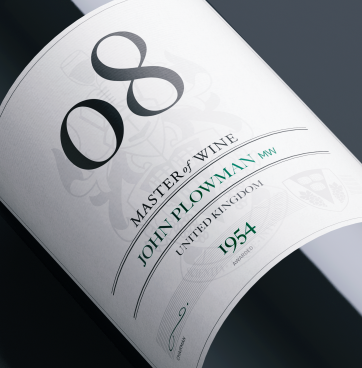 John, a cousin of Sydney Fells, was until about 1959 a director of John E Fells and Sons, where, unusually the firm had a special concession from Customs & Excise allowing them to bottle Vintage Port free of excise duty but outside an official bonded warehouse in a special caged area of their Tooley Street cellars in the arches under London Bridge Station. John was a very courteous and friendly person, but shy. I believe that he might have had some professional qualification like accountancy.

Known as John or “The Mayor” following his military career. An employee of the Courage Brewery Group. An active member of the Council of the Wine and Spirit Association of Great Britain and a past Chairman. Appeared a very correct personality and had a great sense of humour.

I first met John Plowman in 1960 when he came up to Manchester for an MW study session. Shortly before this he had left John E Fells and Sons where he had been a director to join the IECWS Wine Society, but he was only there for a year or so before moving to the Charles Kinloch wine subsidiary of brewers Courage Barclay and Simonds, and eventually he became a director of Courage.

John E Fells had a long standing association with the Anglo Portuguese Symington family through their agency for Smith Woodhouse Port. At the time of the Portuguese revolution which deposed the dictator Antonio Salazar, the Symingtons, fearing mayhem in their adopted country, shipped a load of antique furniture to John’s home in England for safe keeping. Soon after, the Symington group, in another defensive move, acquired the Fells firm and John was brought back as their first Chairman.

John died suddenly on holiday in Madeira in 1987 after a heart attack whilst climbing out of a swimming pool. His wife Frankie died not long after from breast cancer when they were living at Steeple Claydon in Buckinghamshire. They had a son called Steve and two daughters.