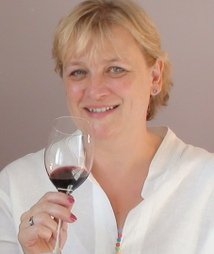 Having started in the wine trade in her early twenties, working for importer and wine bar owner Ebury, Chatham and Dover, Mel moved out of London and spent a short time working for Patrick Grubb MW at Fine Vintage Wines in Oxford. She then started running wine courses in Gloucestershire and London, and writing for the local and then regional paper. In late 2003 she set up www.QuaffersOffers.co.uk, a consumer website comparing supermarket and off-licence wines, particularly those on special offer, at the same time as starting on her quest to become a Master of Wine. Mel was thoroughly engaged with the Institute, the Study Programme and the wine community; the address at her funeral was given by wine writer, Anglican Priest and former MW student, Helen Savage.

Here are some memories of Mel, from her fellow MWs.

Mel’s enthusiasm for life and commitment to MW candidates was something to behold; even when she knew that she faced another bout of chemotherapy she carried on with her role as practical seminar coordinator and began work on the Practical Examination Guidelines booklet. Meeting Mel and getting to know her a little has been one of the privileges of my membership of the IMW.

Melanie Jones, relatively young Master of Wine, was one of the two Birds with Bottle and founder of the useful Quaffers’ Offers. Mel and I met frequently at wine tastings and, being two of the keenest users of laptops at such events, were always competing for the most suitable perches for our hardware – in the friendliest possible way. She was far from loud and boisterous, and wore her considerable knowledge and talents lightly, which is why I was so surprised when she told me she also performed as a stand-up comic. But I’m told she was a great comic poet in Victoria Wood mode.

I always knew she had a great sense of humour, and accepted the challenges life presented her with admirable fortitude and not a shred of complaint. Examples of her no-nonsense, well-informed writing include a 2008 article Sainsbury’s – can you tell the difference?, and this introduction to Quaffers’ Offers:

While I am proficient in tasting wine and became a Master of Wine in 2010 and so have some authority, I think it’s also interesting to hear the opinions of serious wine lovers and also complete beginners who add a fresh and non-snobby slant on things. Although I think as wine lovers we sometimes lean towards snobbishness, we are also fiercely keen on a bargain.”

Thank you for all your hard work on our behalf, Mel.

Mel was my mentor on the study programme. This was a role Mel took extremely seriously, providing a level of support far beyond the usual requirements, not only setting practice essays and tastings, which she would carefully mark and return within a matter of days, but also laying on mock examinations at her house on Saturdays, which she would follow with a delicious three-course lunch, before gently talking us through our mistakes, and warmly congratulating us when we got anything right.”