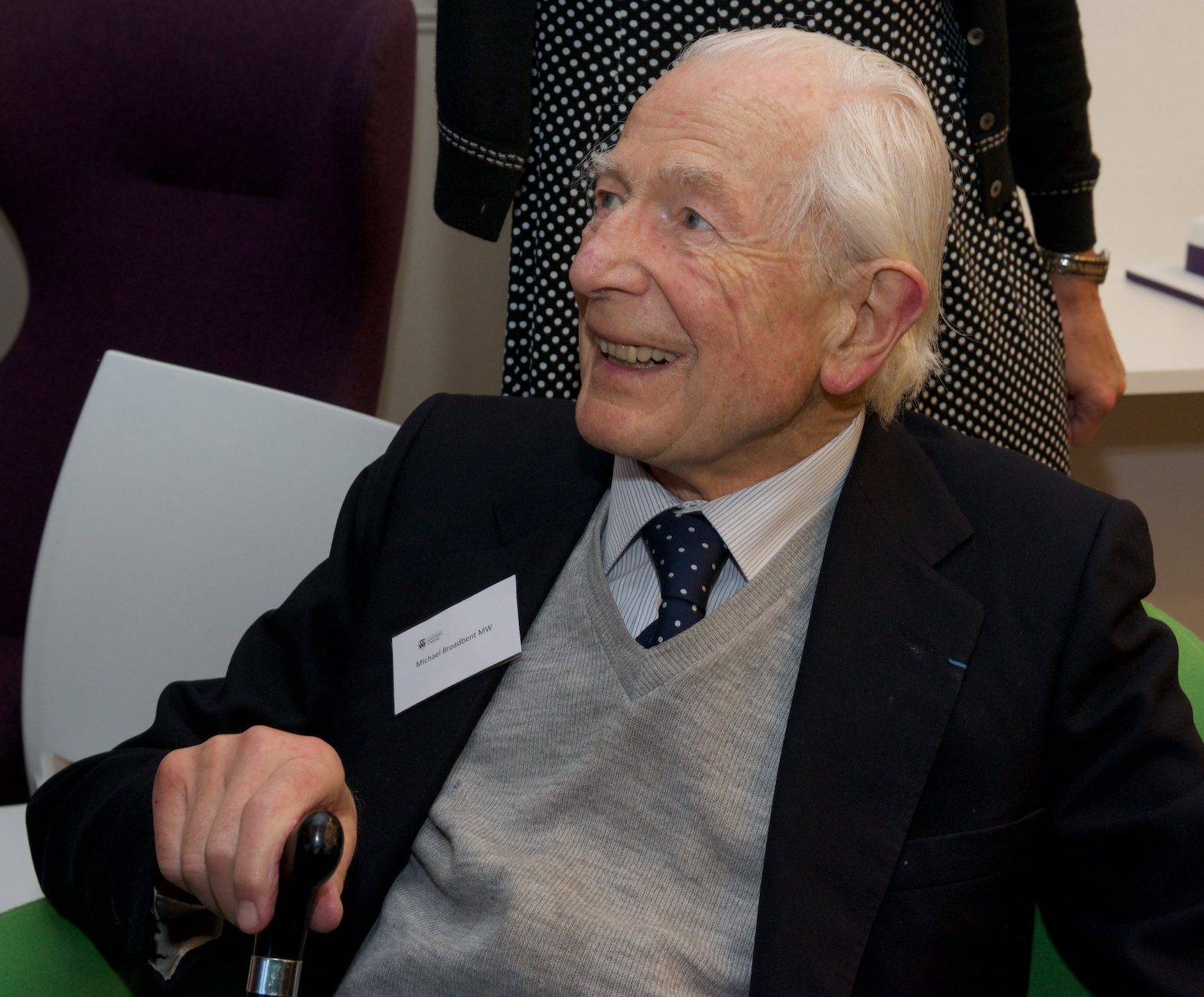 Tribute published by the IMW

Born in Yorkshire in 1927, Michael studied architecture at Bartlett School of Architecture, University College London before joining the Royal Artillery where he was 2nd Lieutenant from 1945 to 1948. He joined Laytons Wine Merchants as a trainee in 1952 where his wine career started. After a two year stint at Saccone & Speed Michael joined John Harvey & Sons Ltd Bristol in 1955. He was initially in charge of the North region both in shops and marketing, before becoming a director and finally the UK sales director.

Michael passed the MW exam in 1960, and a few years later he joined Christie’s in July 1966 where he created their first specialised wine department. He was responsible for starting Christie’s wine auctions, which he conducted worldwide. Until 1992 he was the senior director of Christie’s wine department, and he remained a senior consultant with the firm until 2009. He was chairman of the IMW in 1970.

A wine writer and critic, Michael produced an extraordinary amount of tasting notes from his life in wine which are widely available to read. He published many books, including Michael Broadbent’s Wine Tasting and The Great Vintage Wine Book.

We had the pleasure of celebrating Michael’s 90th birthday with him at the new IMW office opening in 2017, and we are sure many of you joined him in 2019 at Vintners’ Hall for the launch of his latest book.

I first met Michael, in 1957, when he was working for Harveys of Bristol and I was a salesman for Sichel & Co. for the West of England. He has been a firm friend ever since and I mourn his loss. I was fortunate enough to share a magnum of 1870 Château Lafite with him, which he discovered at Glamis Castle. He considered it his greatest find. A dear friend. Requiescat in pace Michael!

There is no question that he filled his ninety-two years with joy, laughter, hard work and, as we all know, a passion for wine. His tasting notes were prolific and erudite. So prolific indeed that, although thousands were published, thousands more remain in his very special long-hand.

Not only was Michael one of my closest friends, but we both went to School at Oundle and started our wine-trade careers at Saccone and Speed.

I passed the MW exam in 1959 and Michael, who had terrific wine knowledge, elected to go for the exam the following year in 1960. He was then living in Bristol having given up his London flat. He asked if he could spend the exam week with me at my Weymouth Street apartment and of course I was delighted to have him as my house-guest.

Having been deprived, in Bristol, of the lights and night spots of London, he was keen to go “out on the town” every night. But I had to persuade him that the MW was a very difficult exam and he needed all the sleep he could get. He reluctantly took my advice and I made sure he was in bed by ten o’clock each night. He passed the exam!