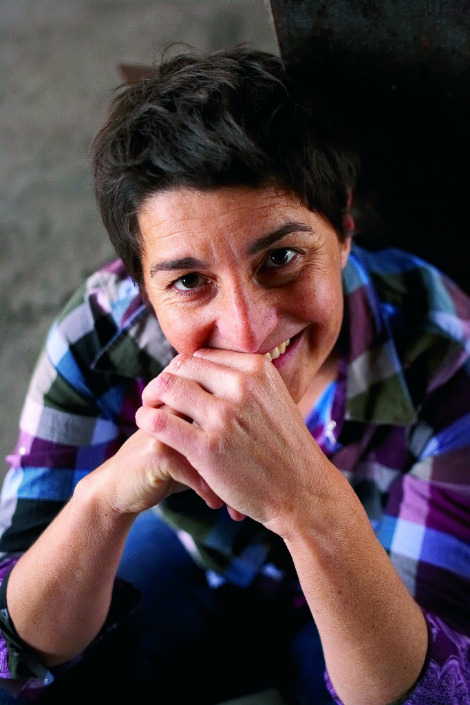 "Standard bearer for the natural wine movement, Legeron [is one of the] top 50 most powerful women in wine" (The Drinks Business) Although seen by many in the trade as a bit of a maverick, Isabelle's wine life started very classically indeed. She is France's only female MW, won the Madame Bollinger award for Excellence in Tasting, the Villa Maria award for Viticulture and the 'Wine Woman of the Year' award in Paris. She was also recently awarded the WSET Outstanding Alumni Award. For the last decade, however, her work has been dedicated to raising awareness of living wines. In 2012, she created RAW WINE (www.rawwine.com), the UK's largest artisan wine fair dedicated to low-intervention organic, biodynamic and natural wines, which has since expanded to included an annual event in Berlin, New York and Los Angeles. Described as 'the fair of note for artisan and natural wines' by El Mundo and by Ottolenghi as 'showing the world the right approach to wine', RAW WINE today leads the charge globally for greater transparency in the world of wine. Isabelle's day job sees her consulting for Bibendum Restaurant & Oyster Bar in Kensington, as well as the Borough Market local, Elliot's. She has hosted her own TV shows - including THAT CRAZY FRENCH WOMAN and Journey into Wine, four seasons of which were broadcast on Travel Channel to some 120 countries in 20 different languages. Her work in wine has also seen her run the wine programme at the 2-Michelin starred Hibiscus in Mayfair for 5 years; founding the wine school at Divertimenti on Marylebone High Street, which she ran for 10 years; helping to revamp the wine offering at Soneva Fushi, an eco-luxury resort in the Maldives; designing the drinks programme for the exclusive eco-resort Kittitian Hill in St Kitts and founding Bacchanalia, a private members wine club and investment portfolio for a select group of management consultants, lawyers, bankers and energy professionals in the City. Isabelle's first book, Natural Wine: an introduction to organic and biodynamic wines made naturally was published by RPS CICO in the US and UK in July 2014 and was shortlisted for the Fortnum & Mason Best Drinks Book as well as the Louis Roederer and André Simon awards. It has been translated into 4 languages.