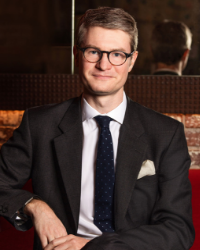 Nick is an independent fine wine advisor living in New York. Through his company, Vintage Variation LLC, he advises private clients, retailers and other wine businesses on all aspects of fine wine. Nick's wine career began at the University of Cambridge where he was a member of the successful Cambridge University blind wine tasting team in the 2011 varsity match against Oxford. His first wine job was at Cambridge Wine Merchants. After graduating with a PhD in Theology, he started work as an auction specialist at Sotheby's in London, before moving to New York in 2012. There, he quickly became the buyer for Sotheby's Wine retail store. He left Sotheby's at the end of 2018 to start his own business. He published his first book, Beyond Flavour, in 2020. A guide to blind wine tasting, it has received critical acclaim from Wine Spectator and the Wall Street Journal among others.