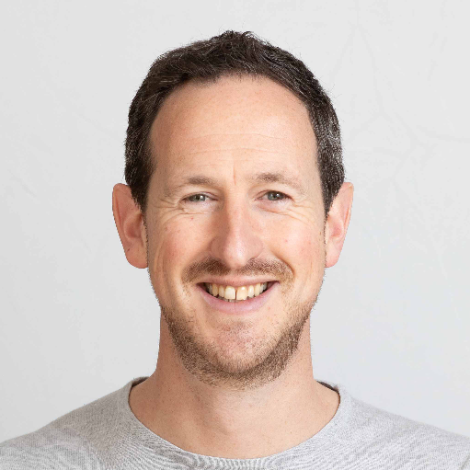 Peter Richards is an award-winning writer and broadcaster. He's a bit embarrassed (but also quite proud) to have been called 'The Superman of Vino' by Jimi Mistry and a 'national treasure' by Foodepedia. A familiar face from more than a decade presenting on BBC1's Saturday Kitchen, Peter's broadcasting credits also include the likes of Sky One, BBC2, ESPN, ITV, Food Network, Amazon Prime, iTunes and BBC Radio. In 2022, a new wine and travel series, The Wild Side of Wine, launched with Peter as co-creator and presenter, with social media quickly dubbing him, ‘the David Attenborough of wine’.

Peter is one half of a unique double act with his wife Susie Barrie, a fellow Master of Wine and TV presenter. Together they host events, broadcast and in 2020, they launched the Wine Blast podcast, which swiftly became a Top-10 podcast in the US and UK (Chartable: Apple, Food) with a 5-star rating on iTunes, ranked in the top 1% of podcasts globally by downloads (Buzzcast), heard in over 160 countries and recommended in The Daily Telegraph, Evening Standard, Club Oenologique and Wine Folly. It was described by The Drinks Business as, ‘Jubilantly buoyant and upbeat: certain to be a hit’ and by Sommelier Business as an, 'iconic' podcast.

Peter has written four books and contributed to many more; other writing credits include The Guardian, FT, Times Online, Food & Drink, Sunday Times, Decanter, Daily Mail, FHM, The World of Fine Wine and Square Meal. He's been described as a 'polished and fluent writer' (Evening Standard) and 'illuminating and unpretentious' (World of Fine Wine).

Peter is one of just a handful of Masters of Wine to pass all parts of the gruelling examination first time, earning in the process not just the Villa Maria and Robert Mondavi Winery awards, but also the prestigious Outstanding Achievement Award as the top student in his graduation. Critical acclaim for Peter’s unique mixture of erudition and accessibility has led to awards including EWP Communicator of the Year, IWSC Communicator of the Year, Ribeiro Best Wine Communication, Young Wine Writer of the Year, a Gourmand World Book Award plus nominations for Louis Roederer Awards and Imbibe Personality of the Year.

With Susie, Peter co-hosted the acclaimed Wine Festival Winchester for nearly a decade, which was described by those who attended as, 'magical', 'iconic' and, 'the finest wine festival in the country'. Consultancy work leads Peter to advise hotels, restaurants, airlines, travel operators and other businesses on their wines and F&B programmes. He also regularly hosts live events with credits including the BBC Good Food Shows, World Congress of Vine & Wine, Taste of London, Decanter Fine Wine Encounter and the award-winning The Palate, a nationwide search to find the country’s best amateur wine taster.

In what time remains outside wine, Peter works on his serve-volley game and acts as Susie's ineffectual sous-chef.