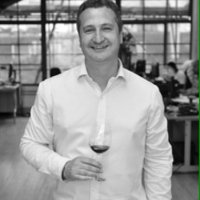 Richard started in the wine business at the tender age of 18, joining his father's wine business in Wales in 1991. Despite studying electronic engineering, he always knew his career path would lead to wine. In 2011, Richard joined wholesaler Matthew Clark as their Wine Development Specialist for London in the new business team, and a year or so later became regional account manager for Armit Wines where he spent four years working with the great retailers and wholesalers of the UK with a portfolio heavy with the greats producers of Italy. Following this he worked with his former mentor Nicolas Belfrage MW at Vinexus Ltd, a London based Italian wine specialist. Richard is now director of Noble Grape: a wine retailer in South Wales. Apart from being hooked on Nebbiolo, Richard is greatly interested in wines which show 'authenticity of style', wherever they may come from, but invariably this leads him back to his home turf of Italy.