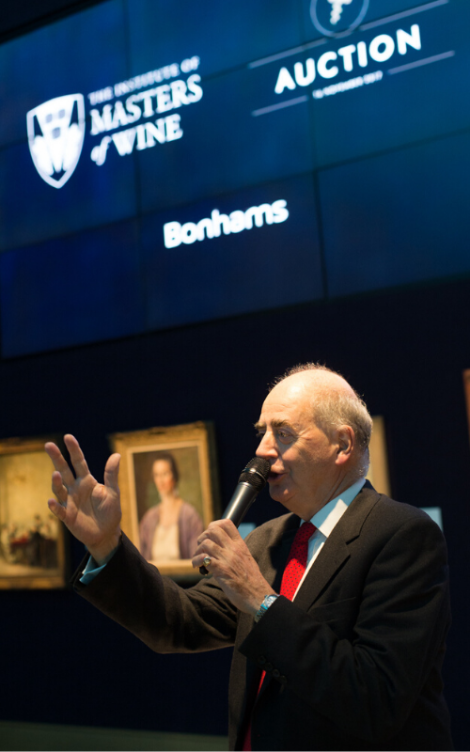 After a brief period as a roadie for a rock band, I thought it was time to be serious and enrolled to study Architecture. After a year, I realised I was not going to last another six, so took a job with Oddbins to keep body and soul together. A few months later, I moved on to work for Prue Leith's Catering business and while there I decided to follow the wine route. I joined Hatch, Mansfield as a trainee in 1974 and then moved to the Grant's of St James's School of Wine, where I won the Rouyer Guillet Cup and Wine Trade Bourse de Voyage as the top student in the WSET Diploma exams in 1977. After a couple of years I left to set up my own business, Richard Harvey Wines, which still survives, whilst remaining involved with Leith's School of Food and Wine for several years. I was asked to join the auction world by Woolley and Wallis in Salisbury, Wiltshire in 1990 and was head-hunted from there to re-start auctions for Bonhams in 1997. After eight years as a consultant, I was appointed to the full-time post of European Head of Wine at Bonhams and became Senior International Director two years later. I am now International Director for Wines and Spirits. Bonhams run over a dozen Wine & Whisky auctions a year in London and Hong Kong, as well as auctions through Bukowski in Stockholm, Brun Rasmussen in Copenhagen and Skinners in Boston.