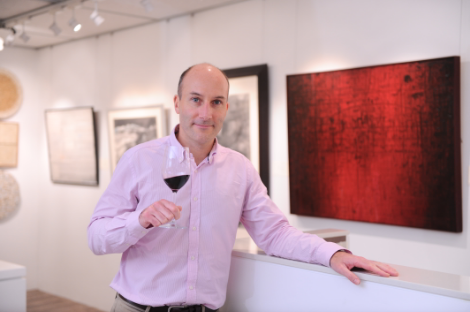 Tim Triptree MW is the International Director of Wine & Spirits at Christie’s Auction House. Tim’s main role is in the planning, sale curating, and the execution of Christie’s wine & spirits auctions internationally. Based at Christie’s London, his role includes the sourcing of wine & spirits consignments, along with the inspection, the authentication and valuations. In addition Tim advises on collections, on developing client and wine producer relations, hosting wine events, master-classes and talks, and acting as a wine and spirits ambassador for Christie’s worldwide.

Tim joined Christie’s Wine & Spirits Department in 2005 having graduated with an MBA Distinction (Wine Business Management). He completed the WSET Diploma, gaining a Distinction in 2008, winning the Sherry Institute Scholarship and Constellation Scholarship. From Christie’s London, Tim was seconded to Christie’s Hong Kong for four years focusing efforts on raising the department’s profile in the Asia region as well as developing auctions both in Hong Kong and Shanghai. He became Head of Sale, Hong Kong before returning to London in 2017 where he became International Director in 2018. Tim sources business for Christie's auctions in London, Geneva, Hong Kong, Shanghai and Los Angeles.

Tim was awarded the Trinity Champagne Scholarship whilst on the MW study programme and he became a Master of Wine in 2018. At the MW awards ceremony, Tim received the prestigious Noval Award for the best MW Research Paper which examined trends in the use of reserve wines in Brut NV Champagne. Tim is a Freeman of the Worshipful Company of Vintners, a Chevalier of the Ordre des Coteaux de Champagne and a 2019 graduate of the Champagne Academy. He has a specific interest in the fine wine business and particularly Champagne, Rhône, Burgundy, Bordeaux, Piedmont, Tuscany, Port, Rioja and Jerez. Tim judges Bordeaux for Decanter Magazine, has been a judge at the International Wine & Spirit Competition since 2011, has been a Panel Judge at Decanter World Wine Awards since 2017 and at Bacchus Wine in Madrid since 2018.